What are Electromechanical Integration Assemblies? 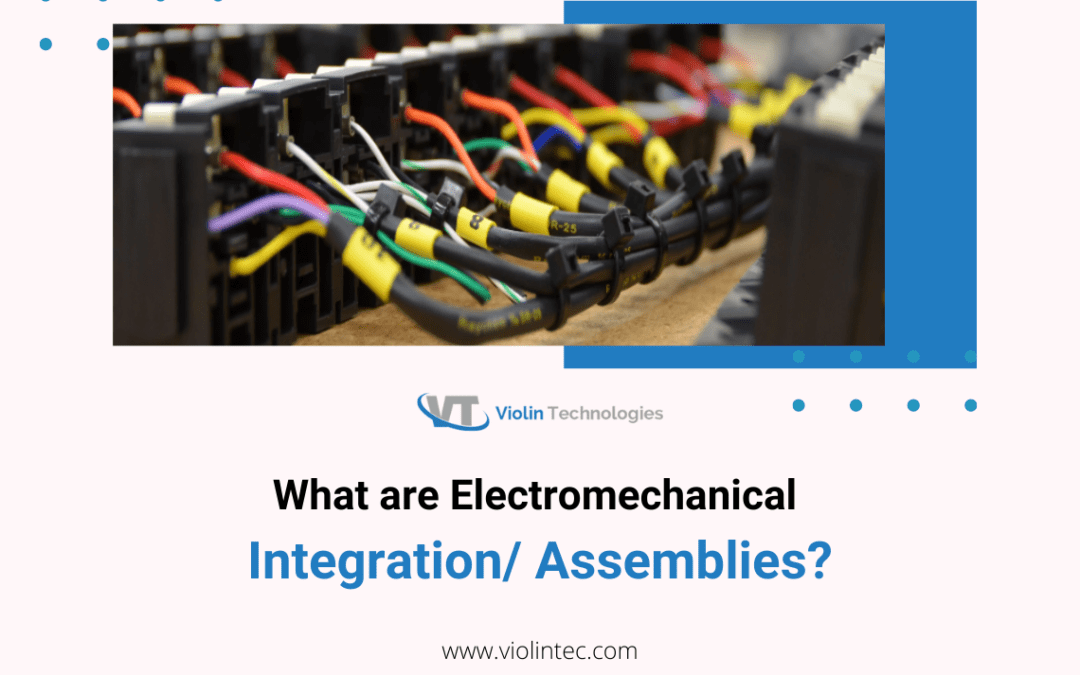 Electromechanical components are typically designed and built to perform a specific function. Among the most frequently manufactured are;

A power source converts a current to the right format and voltage necessary to power at least one electrical output. The power source can be constructed as standalone devices or as components of larger appliances. A power supply assembly’s general components include Regulators, Amplifiers, Transformers, Rectifiers, and Water-proofing components.

Cable and circuit assemblies are cables or wires that transfer power or data. Typical elements include:

Panels contain electromechanical assemblies. They are primarily used to manage electrical power distribution into the linked circuits. The assembly process may include the following steps:

Electro-mechanical Integration is used in various industry sectors for different application aspects, such as panel boxes, military weapons, and sensor switches for the railways and airline industry. Apart from these, the following are some of the industries that rely on them on a regular basis:

Given the importance of electromechanical components in many applications, they must be correctly planned and executed. If the production of these components is to be outsourced to a contract manufacturer it is critical to locate a reliable electromechanical assembly partner. Consider the following: